RTS #3 Do you know you need to raise your standards? Maybe someone told you that you must raise their standards. In this episode, we look at the biblical meaning of a standard. Many men are going through the motions in their lives and need to learn how to fight passive Christianity. In this episode get equipped with an understanding from the Bible on the concept of a standard and get three actionable strategies to level up in life as a kingdom man.

Connect with us at www.standard59.com

Own The Standard Today, Get it on Amazon Here: https://www.amazon.com/Standard-Discovering-Jesus-Masculinity/dp/1734549300/ref=cm_cr_arp_d_product_top?ie=UTF8

Hey guys, I have a question for you at any point in your life. Have you heard the saying, or maybe you've received this challenge? You've been asked this question from a friend where someone said to you, it's time to raise your standards, or maybe they said it this way. You must raise your standards. On today's show we're going to talk about what does that mean and what does that look like for us as modern Christian men, let's get into it.

And I want to talk about this concept of a standard and really what does this mean? Because we hear the language a lot. You know, we use it in modern day. You've probably been challenged at some point in your life where someone said, "Hey, it's time to raise your standards", or "You must raise your standards."

And usually that may be linked to the person you're dating. They may not like that person. They may say, "Hey, you can do better. You got to raise your standards." It could have to do with the job you're going after maybe your ambition in life or what you're aiming for, where someone issued the challenge to you and said, "Hey, it's time to pick it up. You can aim higher. It's time to raise your standard and shoot for something higher, reach farther and think and dream bigger."

So when we talk about the concept of a standard, we're usually talking about something that equivalents to a measuring system. But today I want to look at it in its original form, and I want to take you back in the pages of the Old Testament. And I want to talk about where we first see this concept of a standard emerging. And if we look at the root word standard and we really look at it in the historical context, you're going to find that whenever you hear, or read, the word standard. It's always correlated with a battle standard.

So if you think about it, a battle standard is something that armed forces, that warriors, that a group of men that are fighting in a battle would gather around. It's a rallying point. It's signifies the code, everything they live for, everything they stand for, and everything that they're willing to fight for.

We start to see this concept of a standard in the Old Testament. I'm actually going to take you back to the book of Numbers if you've been in church, you're probably not hearing a lot of messages preached out of the book of Numbers. However, there's a really powerful reference in Numbers chapter two. It's actually Numbers 2:2. And I want to throw this out there for you guys. It says this, the sons of Israel shall camp each by his own standard with the banners of their father's households, they shall camp around the tent of meeting at a distance. So what we have here is we have a picture of the nation of Israel.

But what I want to focus on in this verse is that they all camped each by their own standard. And it goes on to tell us what that standard would signify and what that is. And it says the banner of their father's household.

So automatically we can see a connection from the lineage of their father's household to this banner, this sign, or this flag that would represent their legacy.

This could be also viewed as a coat of arms, but it's something powerful where they derive their identity from. So it is a rallying point. It is a call to arms. It is a call to gathering. And that is what the standard signifies when we read about it in Numbers, chapter two.

So in the Bible, in the Old Testament, we have the books of the prophets. Isaiah is considered one of the major profits, and I'm going to take you to the 59th chapter. And there's a verse that I want to focus on there. And before I do let me set the stage.

So in the Old Testament, whenever God sends a prophet, we can see that prophet has a fiery message.

It's a message of repentance usually. It's wrapped up in the Lord's loving kindness, his mercy, his goodness, that he would send someone on his behalf as a mouthpiece to call the nation back to himself.

Because they have strayed and they've turned their back on what God has for them and what his best was.

So he sends a prophet to intervene with a message as the mouthpiece of God. And we see this throughout the Old Testament books. There's many books written by the prophets.

So in the 59th chapter, we have a picture of the nation and the state of Israel.

So guys, I'm going to ask you for a moment, is that you, or do you know someone, do you know a brother, do you have a friend that's going through life and just going through the motions. Just feeling their way through struggling day in and day out, stuck in a cycle of mediocrity.

No man that was praying. And that was interceding for the people of Israel. God's chosen people at that point.

And right here, the prophet Isaiah is prophesying them out of this dead ,sleepwalking, numb, cycle of mediocrity, state of mind, and state of being that they're in and he calls upon the name of the Lord. . And he issues, the promise from the Lord that when the enemy comes in. And guys, we have an enemy that's after us. And when that enemy comes in the charge is this that the spirit of the Lord will rush in and lift up a standard against him.

And that is the promise we have. That is the standard. So if you're under attack right now, if you find yourself going through the motions and you're stuck in this cycle of mediocrity, the Lord promises that he will raise the standard.

So let's go back to how we open this show. And we talked about, everyone's talking about, you got to raise your standard. It's time to raise the standard. Well, what does that look like for us?

But the promise is this, that when we lift up the name of the Lord, as we raise the standard in our life, that he will come in, he'll rush in, he'll defeat the enemy and he fights on our behalf. And that is the promise that God gives us. So let's talk about what this looks like practically, and that's what this show's going to be about.

And guys, we're putting together a great community of strong like-minded Christian men that are running together, running in the same direction and fighting together. If you want more information, you can visit standard59.com and we can link up with you there and we can connect you.

Now, the other thing I want to talk about besides. Getting in the fight and not going alone, finding that brotherhood is also finding this time and finding this place to put the Lord first in your life. And that can come in a couple of different ways. You need to get in the word, okay, you need to be reading your Bible every day.

You have a spirit man. And Jesus said, my words are spirit and life. And when you read the Bible, I promise you, it is not like. Any other book you read guys. I have a long reading list. I have a lot of books. I have an expansive library. I love to read, but let me tell you something. It doesn't matter what you're reading as far as self-help, even biblical studies, even the most current message on the Christian market in those books, whether it's business books, whatever it may be, you need to be reading God's word.

There is nothing that will replace the spiritual nutrition, that reading the word of God, the Bible will give you. So make sure you're in the word every day.

I also want to talk about carving out a sacred place where you connect with God every day. Guys, you don't have to set this lofty ideal that it's gotta be an hour.

Okay. Scratch that. If you haven't prayed in a while, don't think you've got to live up to this standard that you can't reach right on day one. Let's start with five minutes. Let's start with 15 minutes. Let's get in the word. Let's pray, let's praise, let's worship, and make some time for God and allow him to come into your life and be that standard for you. Be that shield for you. Be that protector for you.

And lastly, I want to let you know about this book that I wrote. We're going to be talking more about this on future episodes. But when we talk about the standard, I want to take you to the new Testament and the promise that you have, we do have a standard gentleman and his name is Jesus.

That is the pattern. He is the prototype and he is the model for how we are to live.

I wrote this book called The Standard, discovering Jesus as the standard for masculinity.

If you want more information on this book, you can find it on amazon.com or just go to standard59.com. I'd love to give you a free chapter or you can order directly through the site at standard59.com

Thanks for listening. If you like what you're hearing, leave a comment below, leave us a review, follow us, and we'll see you on the next show.

Next Episode All Episodes Previous Episode 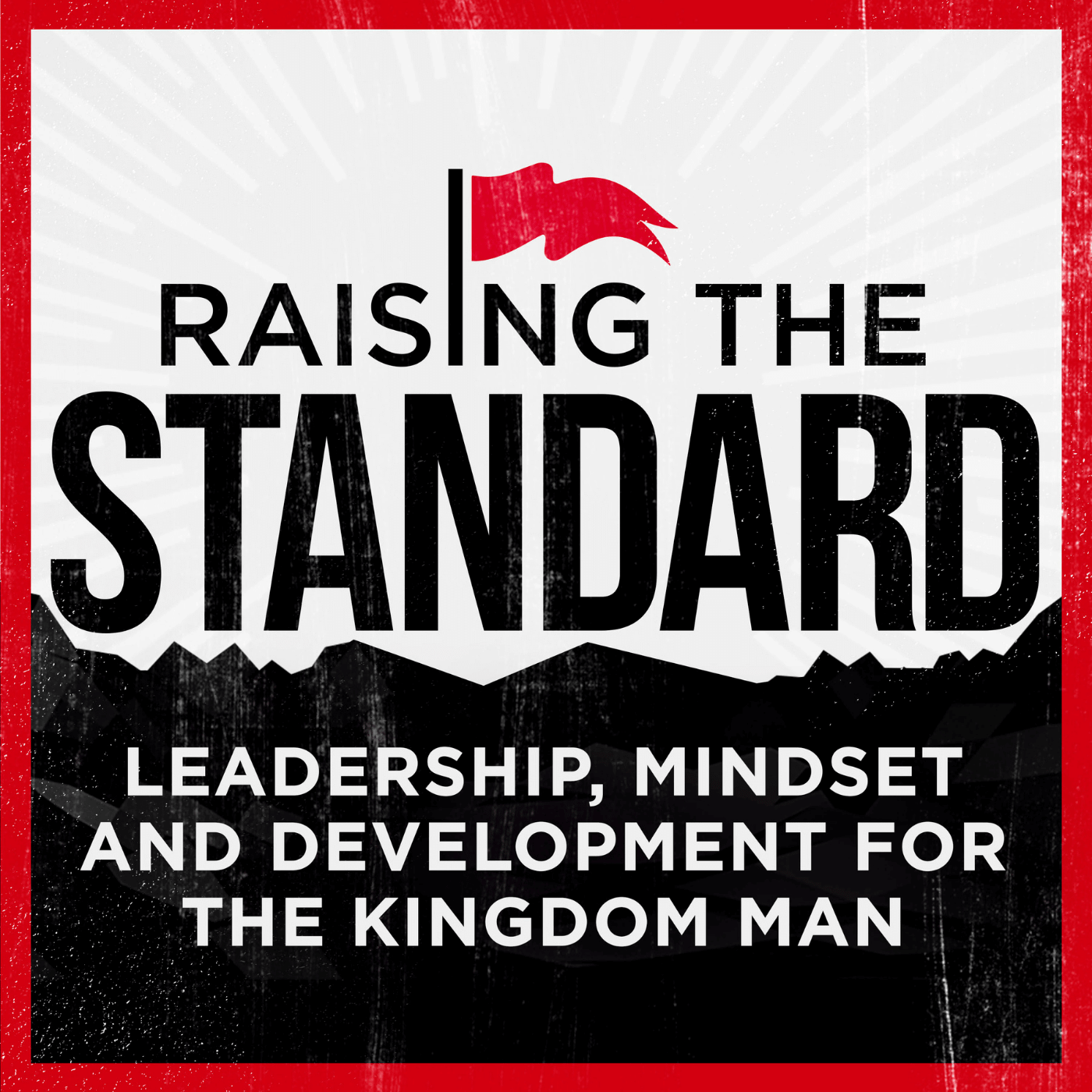 Raising The Standard
Leadership, Mindset and Development for the Kingdom Man 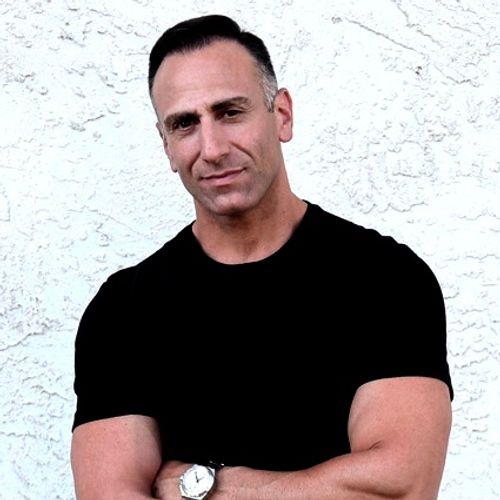 The Mission of RAISING THE STANDARD is to call men to Raise the Standard in their lives. For too long men have relinquished the high ground and are living below what they are called to be.

Josh Khachadourian is a husband, father, leader, coach and the founder of Standard 59. He has spent the last 15 years ascending the corporate ladder in a Fortune 500 company where he focused on building high performing teams and developing best in class leaders. Josh is on a mission to lift up Jesus as the Standard by which all of life's decisions, passions and pursuits will be measured by.
https://www.standard59.com